Last week, Australian Capital Territory (ACT) Magistrate Jane Campbell indicated that a man facing 72 charges related to child sexual abuse should be housed in a women's prison if convicted, due to his transgender identity.

This is yet another shocking case of the feelings of violent male sex offenders being placed above the safety and human rights of women.

It appears that the man’s transgender identity also played a part in the decision to grant him bail, with the Magistrate deeming arrangements to place him in the male section of Canberra’s jail, unsuitable.

"To my grand astonishment I am told she would be held in the male section of the AMC and that would clearly not be in the interests of a person who identifies as a woman." Magistrate Campbell said.

This ‘person who identifies as a woman’, allegedly sexually abused his two little sisters, aged between five and 12, over a period of seven years. It is alleged the girls were choked, and one had her head held under water, to intimidate them into silence about the abuse.

Similar to policies in other states, ACT Corrections Management (Reception and Management of Transgender Prisoners) Policy 2007 states that “self-identification as a member of a sex other than a person’s gender of birth is the only criterion for recognition as transgender,” and that the “placement of transgender prisoners will be based on the gender the prisoner identifies with.”

This news comes as Women’s Forum Australia and the Coalition for Biological Reality, in conjunction with other women’s advocates, continue to petition for the urgent removal of a trans identified male sex offender in Victoria’s Dame Phyllis Frost women’s prison.

The ACT case is due back in court in November, and we have written to Magistrate Campbell regarding our concerns. We encourage others to do the same: [email protected]

Read our letter in full below: 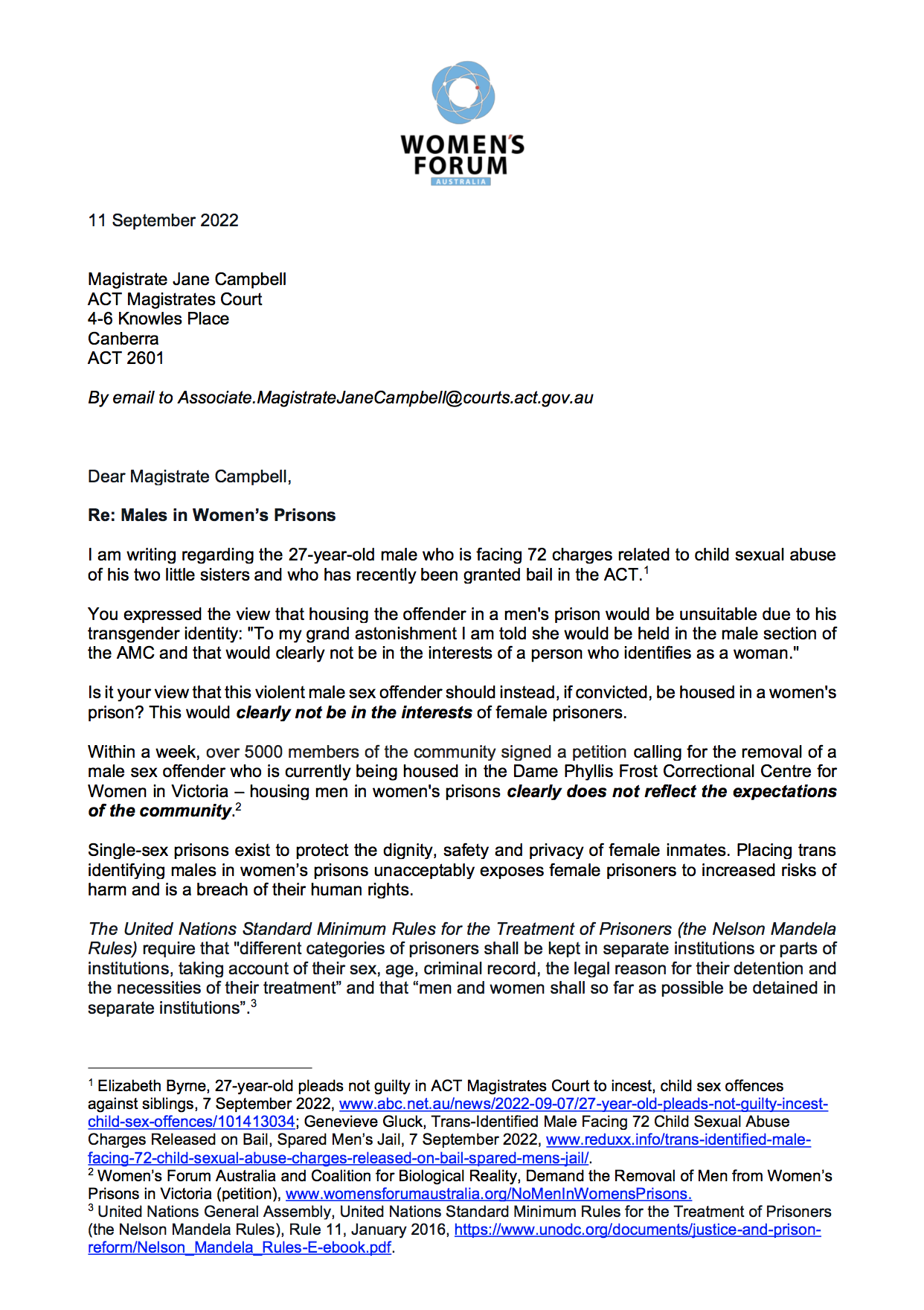 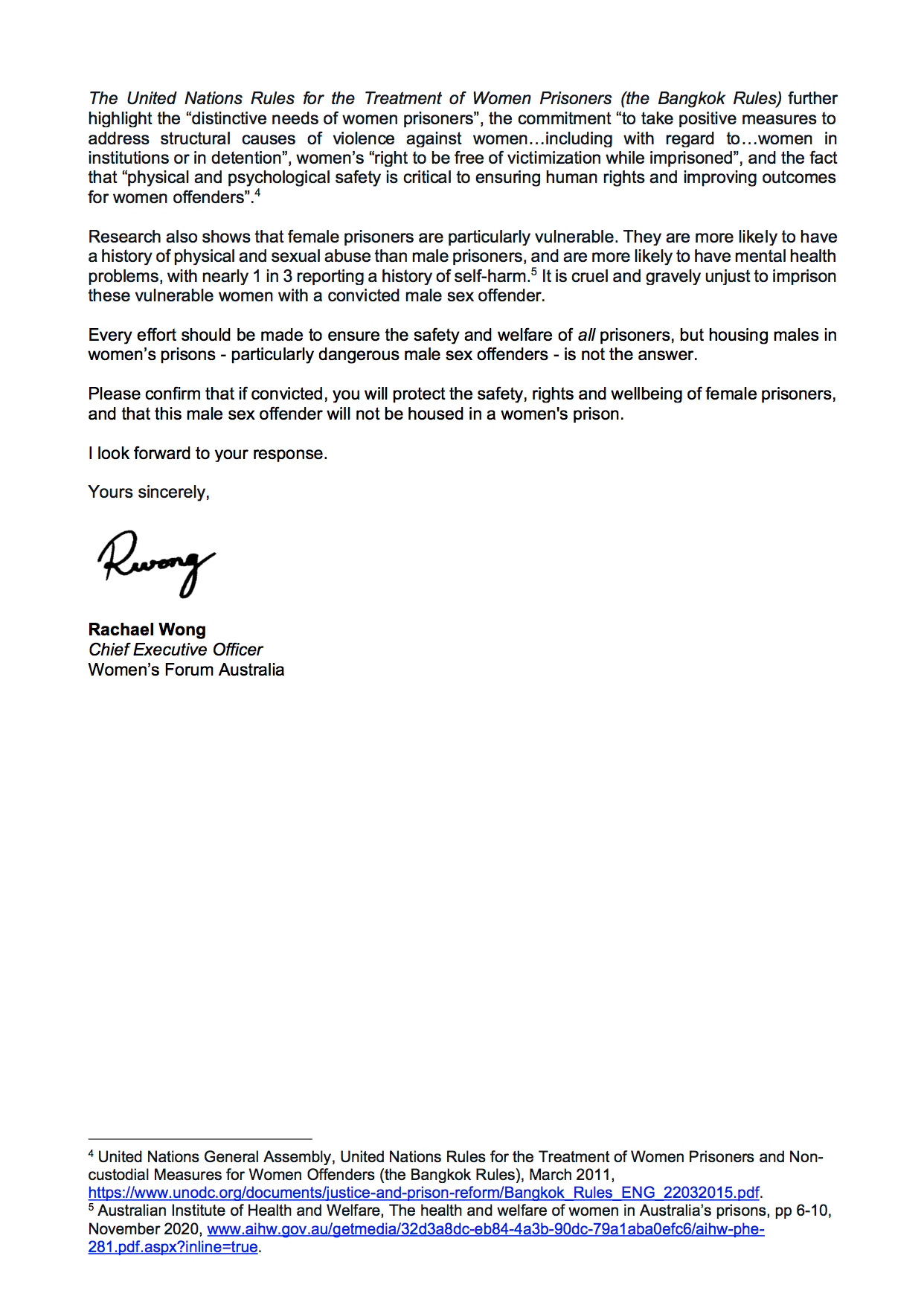 We recently had a distressed mother from Victoria write to us about her gender confused teenage daughter and her school’s...

The debate on ‘gender affirming’ care is long overdue

By Stephanie Bastiaan Australia's 'gender affirming' model of care for treating patients with gender dysphoria will be tested with a...

In August 2022, it was revealed by the Herald Sun that a man convicted of serious sexual offences against women...