While the vicious media pile-on against Liberal candidate Katherine Deves has been horrendous, the upshot is that issues around sex and gender are now front and centre of the public discourse in the lead up to the election.

It is fantastic therefore to see the launch of #RespectMySex Australia, a campaign inspired by the new UK campaign to hold MPs accountable when it comes to protecting the sex-based rights of women and girls.

The campaign seeks to encourage Australians to ask their federal candidates where they stand on issues like males in women’s sport, males in women’s spaces, and the transitioning of children, as well to put pressure on them to strengthen protections for sex-based rights under the Sex Discrimination Act. The campaign’s website explains:

“We’ve launched ‘respect my sex if you want my vote’ to encourage ordinary Australians who are concerned about transgender laws to speak out, to put pressure on candidates at this federal election, and to speak to each other about how you really feel about things like men in women’s sport, men in women’s toilets and change rooms and the medical transitioning of children and teens.

“Politicians are ignoring the concerns of ordinary Australians on these issues. Worse, some candidates are condemning the mainstream Australian view as ‘transphobic’ when really our concerns are about women’s rights, women’s safety and child safeguarding. Ahead of this federal election, get involved and ask your candidates where they stand on women’s rights.”

“The campaign is to ensure that the average person on the streets, the mums and dads, realise what’s happening.

Lisignoli was sacked from Girl Guides WA earlier this year after reaching out to Deves on Twitter to ask about the definition of ‘woman’ under Australian Law. Although her question was prompted by concern for the safety implications of girls sharing tents with men or boys who identify as females, the organisation claimed her tweet – rather than such safety issues – exposed them to ‘serious reputational risk’.

Like Lisignoli, Sall Grover also knows first-hand what it’s like to come under attack for trying to stand up for the sex-based rights of women and girls. Last month, a Human Rights Commission complaint was filed against her women-only social networking app Giggle for refusing to admit men who identify as women.

“...the conflict between extreme gender ideology and women’s and children’s rights is not mere conjecture, it’s something that’s happening on an almost daily basis where women are being silenced, erased, having their livelihoods taken from them and so on.” 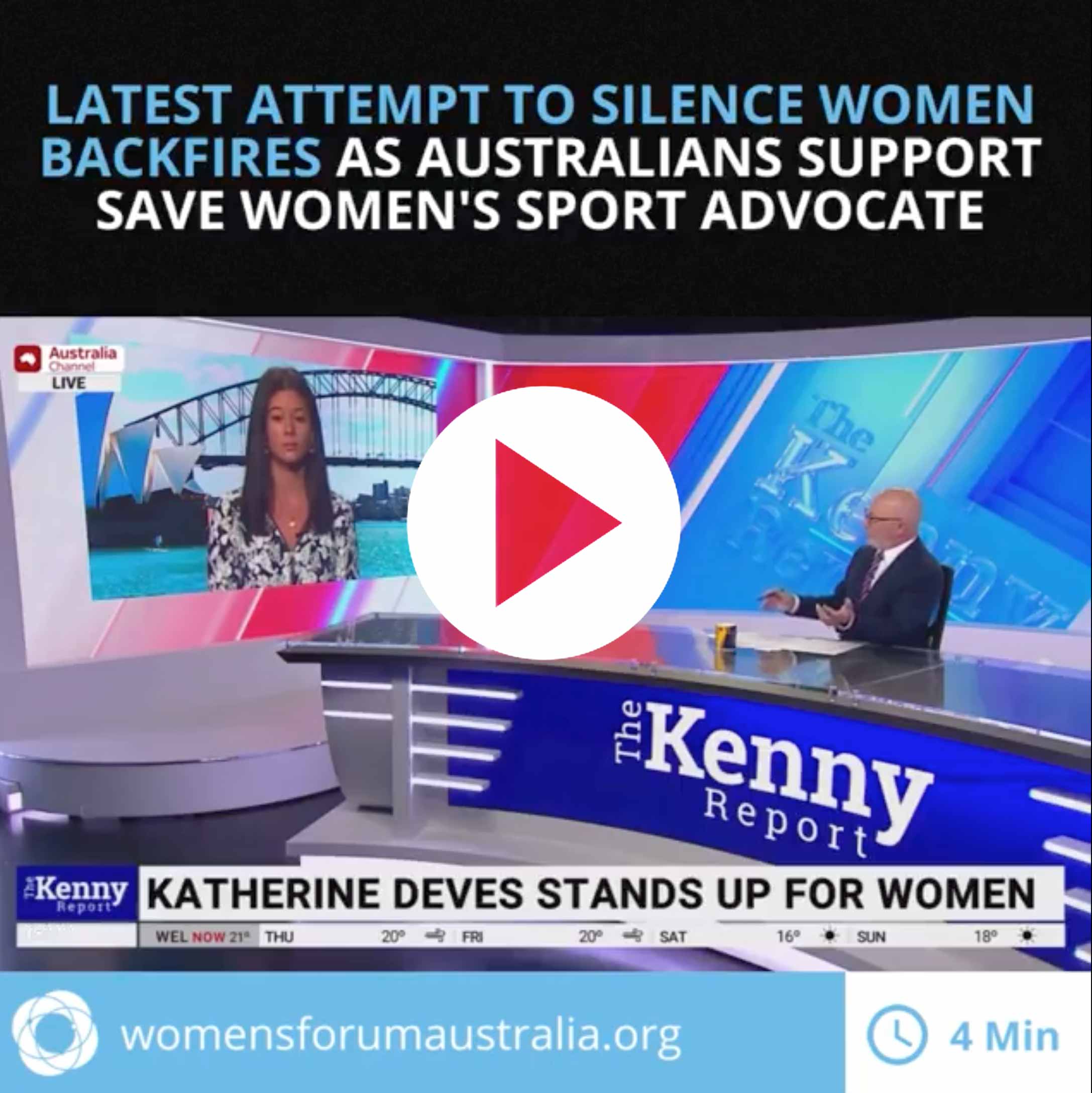 But thanks to Deves, more Australian women are finding their voice, and this time, it is going to be difficult to silence us all.

Multiple politicians have come out in support of Deves, particularly in relation to her advocacy around protecting women’s single-sex sport. Likewise, several high-profile Australian athletes have spoken out against transgender athletes competing in women’s sport, including swimming stars Dawn Fraser, Emma McKeon and Emily Seebohm, as well as track and field Olympian Jane Flemming and Weightlifting Olympian Deborah Acason.

As Grover tweeted, “One woman speaking up is inspiring the next woman to speak up and the next and the next and it will continue and that’s how women will maintain our rights to sport & female spaces.”