Senator Claire Chandler’s bill to protect women’s sport has been given a boost after receiving the backing of Prime Minister Scott Morrison, who was enthusiastic in his support after the issue was raised by reporters at a press conference yesterday:

“I support it, as Claire knows. I think it’s a terrific bill and I’ve given her great encouragement.

Claire is a champion for women’s sport and I think she’s been right to raise these issues in the way that she has. 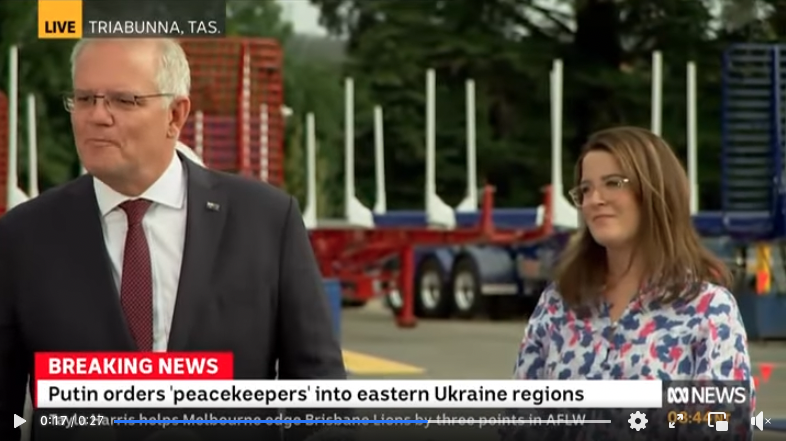 This is positive news. It’s believed to be the first time a world leader has been on record backing the protection of women’s sport while in office.

Despite critics of the Bill claiming it is transphobic, Senator Chandler has set the record straight about the true impact of the changes proposed by the Bill:

“[The Bill] will allow sporting codes to embrace single-sex sport for women without the threat of legal action under the Sex Discrimination Act, while continuing to allow codes to offer a range of categories and competitions to maximise participation and inclusion. It does not seek to ‘ban’ anybody from playing sport.

“What it does do is seek to restore respect for women’s rights and acknowledge the long-understood reality that categorisation by sex is important in the vast majority of sports.”

Senator Chandler has stated that the purpose of the Bill is to “clarify that offering sports for athletes born biologically female was legal under the Sex Discrimination Act”.

“Women’s sport exists to provide separate competition for females, in acknowledgement that males have numerous physical advantages over females in the sporting arena.

“When the bill comes to a vote, Parliamentarians will have a simple question to answer: Do you agree that women and girls have the right to play single-sex sport?”

We agree with Senator Chandler and thank her for her advocacy on behalf of women and girls in this country!