An Australian journalist has been told by an Instagram user to ‘go get an abortion’.

Sky News journalist Peta Credlin, the target of the vicious online trolling, was told to “do the world a favour and donate to your closest abortion clinic. Save the world from your offspring!!!” 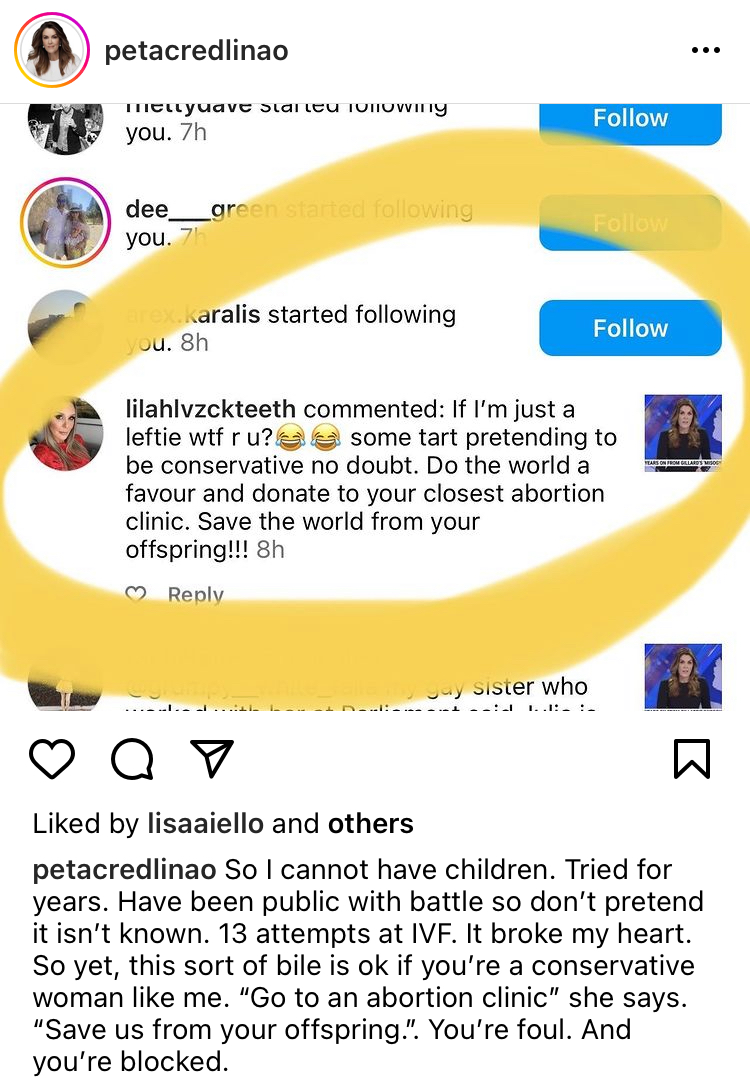 When sharing the vile comment she had received on the platform, Credlin said:

“So I cannot have children. Tried for years. Have been public with battle so don’t pretend it isn’t known. 13 attempts at IVF. It broke my heart. So yet, this sort of bile is ok if you’re a conservative woman like me. “Go to an abortion clinic” she says. “Save us from your offspring.”. You’re foul. And you’re blocked.”

Fellow Sky News Journalist Rita Panahi responded, “What a vile piece of work. So much hate & projection among the far Left.”

Her Instagram followers also jumped to her defence, quick to agree about the abhorrent nature of the comment, the vitriol conservative women in particular are constantly subjected to, and the courage of Credlin in sharing about her fertility battles. She responded:

“I’m good. Thank you to everyone for your support. I am just highlighting her post so everyone can see the sort of stuff we women on the right put up with day in, day out. And this isn’t even the death threats I cop. This is just the dumb, brainless stuff.” 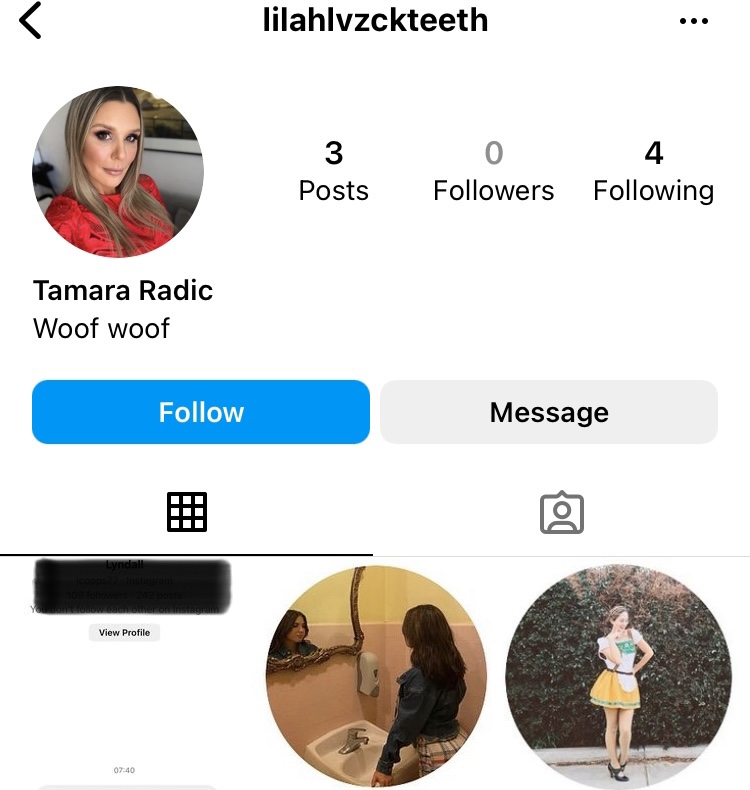 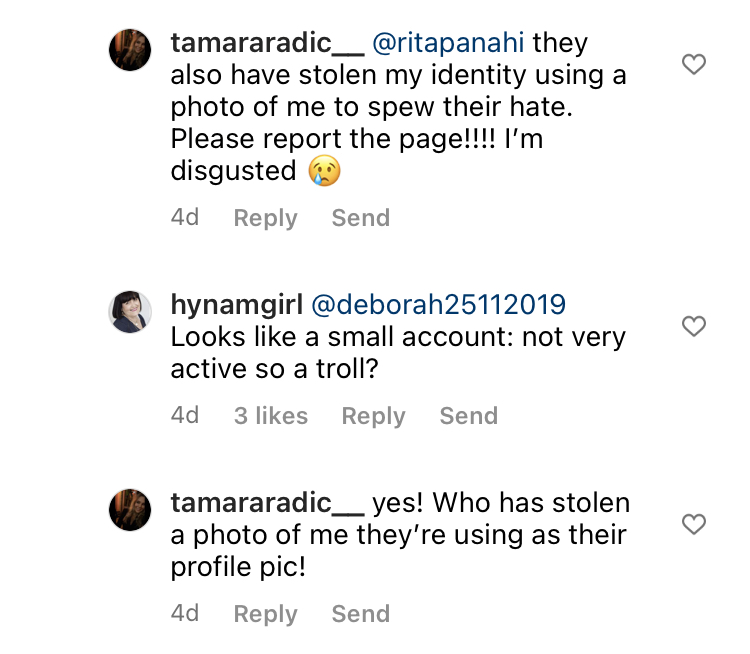 Regardless of one’s views on abortion, everyone with a shred of common decency can agree that such abuse is absolutely disgraceful, and has no place in our public discourse. It is particularly cruel given Credlin’s fertility struggles, as well as deeply insensitive to anyone who has had an abortion or similarly been unable to have children.

Identify theft is also abusive and we would encourage our supporters who use Instagram to report this account (which as of writing, is still active), as well as any other abuse witnessed on the platform.

Facing unthinkable challenges about the meaning of “love”

By Dr Emma Wood The Sydney Morning Herald recently published one of the saddest abortion stories I’ve ever read. It...